How the Next Generation Of Networks Will Change Your Life

Everybody loves speedy internet, so it’s no surprise that every major telecom provider in the world is working to make it even faster and so is Nextelle. Smartphones, watches, homes and cars are increasingly requiring stable internet connections. In order to pipe in enough bandwidth for that precious wireless feed, we’re going to need an entirely new form of wireless signal —it’s 5G.

Similar to 4G and 3G before it, 5G is a wireless connection built specifically to keep up with the proliferation of devices that need a mobile internet connection. It’s not just your phone and your computer anymore, either. Home appliances, door locks, security cameras, cars, wearables, dog collars and so many other inert devices are beginning to connect to the web. Telco’s predict that 20.8 billion devices will be connected to the Internet in next decade. By comparison, there are currently an estimated 6.4 billion connected devices in the world. That’s a lot more devices asking for a quick connection.

To make 5G and the future of wireless internet a little easier understand, we decided to break down exactly what it is and how it will make your life better in the very near future. 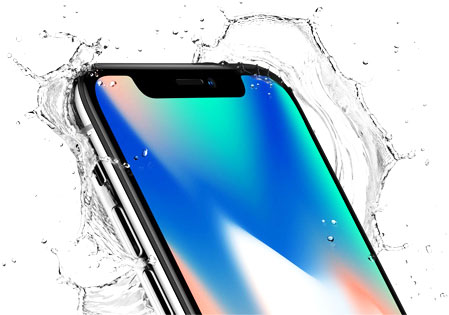 What exactly is 5G?

The “G” in 5G stands for “generation”. Wireless phone technology technically started with 1G, and in the early 1990s, and it expanded to 2G when companies first started enabling people to send text messages between two mobile devices.

Eventually the world moved on to 3G, which gave people the ability to make phone calls, send text messages and browse the internet. 4G enhanced many of the capabilities that were made possible with the third generation of wireless. People could browse the web, send text messages, and make phone calls — and they could even download and upload large video files without any issues.

Then companies added LTE, short for “long term evolution”, to 4G connectivity. LTE became the fastest and most consistent variety of 4G compared to competing technologies like WiMax. The difference between WiMax and LTE is similar to the difference between Blu-Ray and HD DVDs: Both technologies achieved similar outcomes, but it was important to create a standard for everyone to use. LTE did just that, and it made 4G technology even faster.

5G will build on the foundation created by 4G LTE. It’s going to allow people to send texts, make calls and browse the web as always — and it will dramatically increase the speed at which data is transferred across the network. 5G will make it easier for people to download and upload Ultra HD and 3D video. It will also make room for the thousands of internet-connected devices entering our everyday world. Just imagine upgrading your data connection from a garden hose to a fire hose. The difference will be noticeable.

The document has been permanently moved.

The document has been permanently moved.